What Andreessen Horowitz Got Wrong About AI 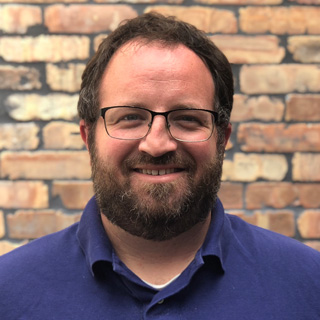 A Response To Andreessen Horowitz’s “The New Business Of AI”

Last month, Martin Casado and Matt Bornstein of Andreesen Horowitz published a blog post on the “New Business of AI,” arguing that AI looks more like professional services than it does SaaS. A16Z’s post is an accurate description of AI businesses today, but it is shortsighted. The services-heavy nature of existing AI businesses today is largely due to the fact that these are new businesses that lack appropriate infrastructure, but this will change. Just as cloud adoption skyrocketed during the last recession, COVID-19 and the long-tailed economic impact of it will not stall technical progress, but rather force the AI industry to become more accessible and cost-competitive like the traditional software market. In short, the industry will evolve to become a better infrastructure provider.

The fact is, this same sort of piece could have been written 20 years ago about the software industry. While Salesforce is the poster child of Software-as-a-Service (SaaS), it was started with massive upfront investments, essentially building a web GUI in front of Oracle database servers. In the early days of SaaS - just as in AI - the scale, talent, and market penetration of software was dominated by just a few companies. In 2001, Tom Siebel, whose company was worth $30 billion at the time, said of new competitor Salesforce.com “There’s no way that company exists in a year.” Four years later, Oracle acquired Siebel Systems for less than $6 billion in a fire sale. And, of course, Salesforce is now one of the largest companies on the planet, valued at well over $100 billion.

What happened to give Salesforce such an advantage? Innovation certainly, but of equal importance was that infrastructure became far more efficient via virtualization and cloud computing, driving down the costs to scale against large companies and making it easier to innovate. Even though Salesforce began with heavy investments in CapEx, its utilization of infrastructure to scale and improve performance became a model for hundreds-of-thousands of companies “born in the cloud,” forever changing a software industry from one that was primarily professional services into an on-demand marketplace.

The same will happen in AI. Today NVIDIA has monopoly pricing on GPUs, and AWS and Google are charging huge premiums for GPU usage on their cloud platforms. However, these hardware pieces will be commoditized over time, and we’re already starting to see increased competition in this space in the form of specialized AI chips coming to market. The missing piece in order for AI businesses to start resembling traditional software companies is precisely the software.

On this point we are in agreement with Casado and Bornstein, who state:

“The tools that help practitioners do their jobs in an efficient and standardized way are just now being built. Over the next several years, we expect to see widespread availability of tools to automate model training, make inference more efficient, standardize developer workflows, and monitor and secure AI models in production.”

Indeed, better software infrastructure for AI and Deep Learning development, coupled with commodity pricing on basic GPU and AI cloud services will do for the AI industry what Java, AWS, Intel, Hadoop, and hundreds of other companies and technologies did for SaaS.

While we further agree with Casado and Bornstein in their warning that “Tightly coupling an application to the current way of doing things may lead to an architectural disadvantage in the future,” the challenge, of course, is in building this infrastructure. While the Googles of the world are making huge internal investments in such infrastructure to address the problems outlined by Casado and Bornstein, everyone else is being left behind.

We like the analogy of the “Jet Age” of aviation to evaluate where we are today in AI. The Wright Brothers’ pioneering flights in 1903 led to widespread recognition that powered flight would revolutionize society. However, it took half a century of aeronautical engineering advances for the ‘Jet Age’ (i.e., commercial aviation) to finally become a reality. Similarly, AI is currently experiencing a renaissance like the beginning of the Jet Age and there is broad recognition about its potential for widespread societal impact, but the upfront investments are still massive.

Today, strong AI infrastructure is an advantage enjoyed by just a handful of the most elite technology companies in the world. In the near future, access to AI infrastructure will be democratized, and at that point AI will really take off as an industry. So Casado and Bornstein’s argument that AI is an entirely different market than SaaS due to heavy infrastructure and “scaling challenges due to the thorny problem of edge cases” is myopic, especially for investors placing bets on 5-7 year time horizons. We have said for awhile now that high infrastructure costs are only reflective of immature technology, and both the hardware and software infrastructure in the industry is maturing to bring costs down.

Is investment in AI appropriate for every business today? No. There are industries where the gains are so big that it’s worth the investment, but it isn’t for everyone. The infrastructure is not there yet. As we’ve said before, “we’re in the golden age of AI, but the dark ages of infrastructure.” Those dark ages are why A16z correctly sees AI as somewhat of a professional service-centric industry today, but as we’ve seen in software, progress breeds competition which fuels innovation on increasingly common and low-cost infrastructure. With better infrastructure and a new set of emerging AI engineering best practices, we expect that AI businesses will have the margins investors like Andreessen Horowitz will be looking for as we move out of a highly turbulent economy.